Posted on May 20, 2014 by Mike Nuttall  | Categories: Open Source Software 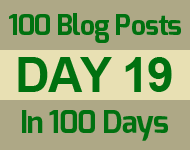 I have made a living for the past 18 years using open source software.

What is open source software?

Open source is a philosophy about sharing, helping each other out, collaborating and giving stuff away for free for the benefit of everybody. This is different to the usual idea of making a product and then selling it for a profit.

The advantage of open source is that anyone can pitch in and help, so lots of people do. When there are problems people can see what the problem is and try to solve it. With proprietary software the code that it is written in is hidden, inaccessible and not modifiable to anyone but the company selling it, so it is only company employees who can sort it out.

With open source innovations can come from anyone who comes up with a bright idea, and there are lots of great ideas:

The core of the internet runs on open source software. It uses BIND that implements the Domain Name System ie the thing that figures out what your website is called and where it is hosted.

Linux is an operating system that can function as a web server and which many of the worlds websites are hosted on.

PHP is a programming language developed for the web, which this site is written in, and which many other open source products are based on.

Wordpress is written in PHP, as is my favourite content management system MODX, oh and that small web site Facebook!

And there are so many more and such great products but open source doesn't have a marketing department so you don't see any sort of paid advertising extolling its virtues. It gets used because it is good, and word spreads, and it is free.

What has kept me out of the sunshine today:

Exercise: half an hour gardening.